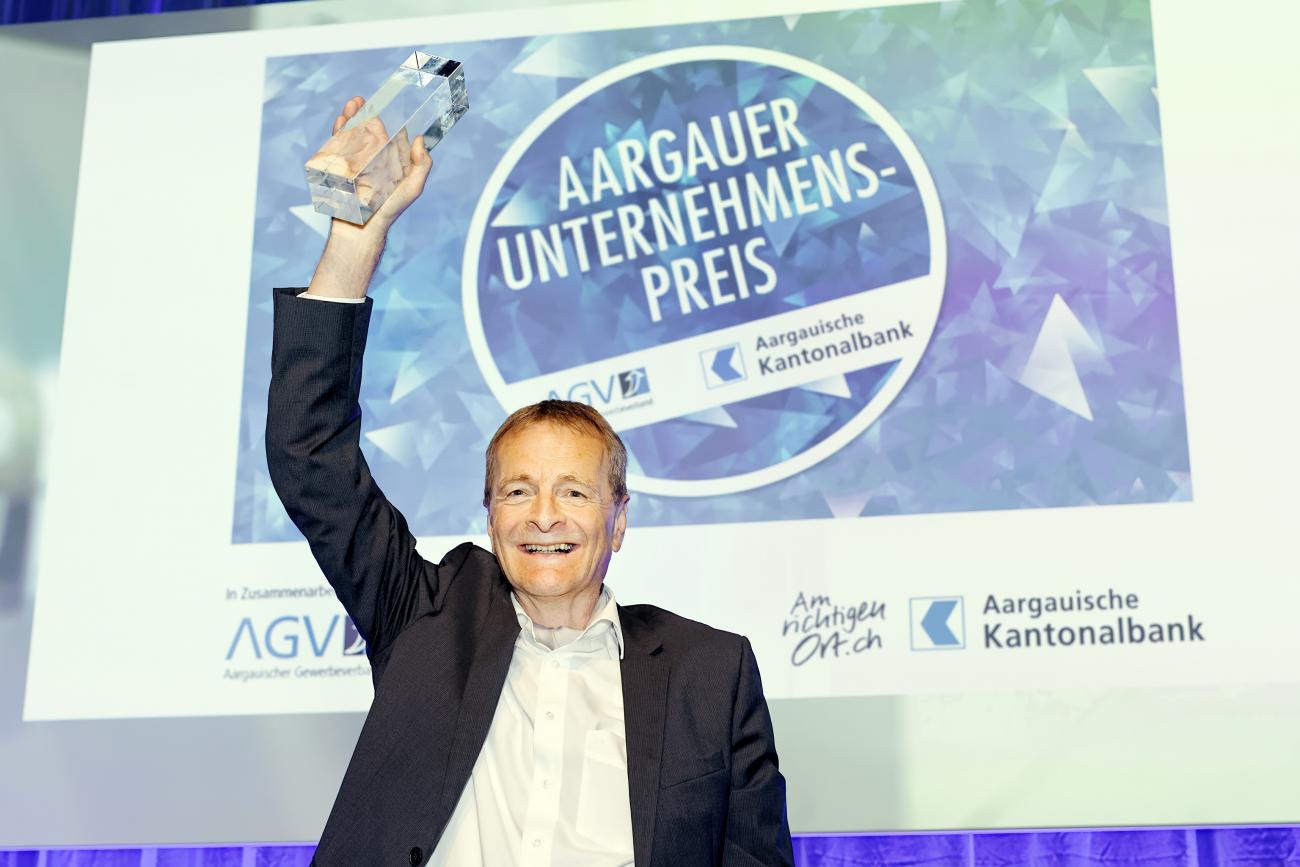 On the occasion of the Aargau company award ceremony Bertschi received the prize for the best large company in the Canton Aargau. With this award, the jury honored in particular the entrepreneurial performance and innovative strength of the chemical logistics company from Dürrenäsch (AG).

On April 25, the best companies from the Swiss Canton of Aargau in 2019 were honored on the occasion of the Day of the Econo-my at the University of Brugg. The prizes awarded in three categories of different size honor companies that shape and advance the region with their innovation and achievements.

Bertschi received the award in the category of large companies with more than 100 employees. As globally active logistics service provider for the chemical industry, Bertschi counts on 3,000 highly motivated employees around the globe. The family business has its roots in Dürrenäsch in Canton Aargau, where it - originating from a small local transport business - was founded in 1956 by Hans and Rolf Bertschi and where its headquarters is still located today. In the Canton Aargau, Bertschi plays a special role with a total of 700 employees - spread across the Dürrenäsch, Birr and Brugg sites - as the European and global services are managed from here and a vast majority of the approximately 80 apprentices and trainees are trained locally. "We are honored to receive this award as an Aargau-based company, and I would like to thank all employees who made this possible," said Hans-Jörg Bertschi, Executive Chairman of the Group, pleased with the award.

The jury was particularly impressed by the consistent realignment of the business activities to the global market, especially with worldwide tank container transports from 2012 onwards, as up to this point the company had been operating almost exclusively within Europe. This step, which was accompanied by the establishment of subsidiaries in Shanghai, Dubai, Singapore, Houston and Santos, required a great deal of entrepreneurial foresight and courage. "We have seen that our customers are building a large part of their new production facilities outside Europe, especially in Asia. This has led us to follow them with our range of services. As an independent family business, we were able to make this strategic decision in a very short space of time and invest massively accordingly," comments Hans-Jörg Bertschi.

Today's success in this business area proves that the decision to globalise the strategy was right. Bertschi has thus not only significantly strengthened its market position but has also increased the number of employees in the Canton of Aargau by 250 highly qualified jobs over the past 6 years.

Another criterion on which Bertschi scored is sustainability. Once a pioneer in transalpine intermodal freight transport by rail, Bertschi has developed into the European market leader in intermodal chemical transport by rail, road and water. By combining the various modes of transport, approx. 60% of CO2 emissions can be saved compared to pure road transport. The idea of sustainability is deeply anchored in the company's DNA and lived every day.

A look into the future shows that the Bertschi Group will remain an Aargau-based family company. "With the recent expansion of our headquarters in Dürrenäsch, we have created space for even more new jobs in the canton. We want to remain an independent family business in the future, offering logistics services for the entire world managed out of Aargau," says Hans-Jörg Bertschi, looking ahead.