Hans-Jörg Bertschi: Our Executive Chairman Talks About the Path towards Climate-Neutral Logistics 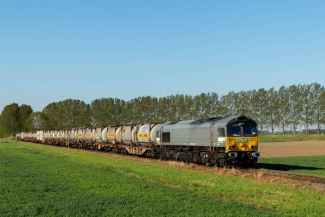 Humanity uses vast amounts of fossil fuels such as oil, coal, and gas. This causes CO2 levels in the atmosphere to rise, which in turn heat up the planet. At the Paris Climate Change Conference in 2015, 195 states signed an agreement and committed to very significantly cutting greenhouse gas emissions.

The aim of the agreement is to limit global warming to well below 2 °C higher than in the pre-industrial era. The agreement is now being implemented for example, in the maritime transport sector, for which the IMO environmental protection committee agreed last year to reduce CO2 emissions by 40% by 2030. This will be achieved with alternative fuels such as liquefied natural gas (LNG) or hydrogen.

Our company can have the greatest impact on its CO2 footprint through our European land transport. In 2019, the EU passed the Green Deal plan, in which the EU, as a whole, should aim to achieve net zero greenhouse gas emissions by 2050. This would make Europe the first climate-neutral continent. The transport sector accounts for 25% of European greenhouse gas emissions. In contrast to industry and households, the trend in transport has seen only minimal improvement over the last ten years. In land freight transport, 99% of CO2 emissions come from trucks and 1% from rail, although the latter has more than 10% market share.

The EU wants to see a 90% reduction in greenhouse gases for transport by 2050. It aims to achieve this objective with new zero-emission technology and environmentally friendly means of transport. The market share of rail transport is to be doubled. Today, Bertschi already operates 90% of all European land transport in combined rail transport and is therefore well ahead of the targeted development. The combined transport (CT) through Switzerland already qualifies as zero-emission, as trains that travel through Switzerland use electricity obtained exclusively from non-fossil sources (hydro, solar, wind, nuclear power). With the shift to rail, Bertschi has reduced its transport's CO2 emissions by 300,000 tons annually. That is equivalent to the total emissions of a town of 70,000 inhabitants.

The company’s next climate objective is door-to-door transport chains with zero CO2 emissions, including intermodal pre- and on-carriage by road. We will rely on hydrogen technology with fuel cells: green hydrogen (H2) generated with renewable energy sources enables the operation of trucks with zero CO2 emissions. We are preparing for delivery of the first 40 / 44 tons H2 tractor units in approximately three years for a pilot project in Switzerland.

After a successful pilot launch, an in-house hydrogen fuelling station shall be installed at the Birrfeld (Switzerland) CT terminal, among others. The hydrogen will be generated through solar energy and hydropower electricity during surplus periods. Surplus electricity cannot be stored and must be ‘destroyed’. However, the energy from this electricity can be stored in hydrogen and reconverted back into electricity in the truck’s fuel cell to power the vehicle.

So the first climate-neutral transport chains made by Bertschi could be a reality in the very near future. For consumer-focused customers, such as P&G and Unilever, climate-neutral logistics is already an added-value proposition. And customers in the chemical industry are also increasingly focusing on climate targets for logistics.

Climate risks and challenges for society

What are the societal challenges in addressing climate risks? The developing countries of the world depend on being able to grow rapidly. They want to reach a higher level of prosperity before their age pyramid becomes too expensive. These countries will thus need longer to take countermeasures on climate issues. For example, China expects that despite the promotion of electric cars, the country will not reach its peak in terms of CO2 emissions until 2030. After that, it aims to gradually reduce emissions and meet the Paris targets by 2060. In developing countries, this process is likely to take even longer.

In industrialized countries, the availability of sufficient non-fossil energy is a major challenge. This is heightened in countries such as Germany and Switzerland with their planned nuclear phase-outs. At the same time, electric cars, rail transport, heat pumps (heating, cooling), and green hydrogen for trucks, ships and planes will require much more electricity. The growing electricity gap should be closed with solar and wind power, but this will require reconfiguration of the power grids over long distances. At the same time, there is growing popular resistance to major infrastructure investments in industrialized countries. The future will show whether this electricity gap can be closed without nuclear power as a bridging technology.

I hope you have been able to get an impression of how the company is preparing for developments as a result of climate change. With new concepts for shifting from road to combined transport (CT), an increasing number of customers are looking for environmentally friendly logistics. Thanks to our leading position in CT in Europe, this opens up interesting opportunities for us. But to take advantage of them will require major investments. We are planning the construction and expansion of CT terminals, with expansion of the Rotterdam Botlek and Duisburg terminals planned for this year and further investments in the Benelux in the near future. Furthermore, we want to focus more on environmentally friendly rail transport worldwide; for example, trade with China via the Silk Road, in Russia, and in the US. We are also optimzing our infrastructure; an example is the Swiss Birrfeld tank cleaning facility, where we have succeeded in reducing heating energy and CO2 emissions by two thirds by investing in heat recovery and other optimizations.

Decarbonization – i.e. dispensing with oil as the fuel for transport by road, water, and air – will represent a quantum leap. Leading the pack will be the truck. For delivery vehicles in cities, battery-powered electric drives are likely to predominate. For heavy transport over medium and long distances, batteries are associated with significantly lower payload capacity. In my view, green hydrogen and carbon-neutral alternative fuels are the most promising candidates. Seagoing vessels and aircrafts will follow later. The speed of this development will depend to a large extent on the framework conditions set by politicians over the next few years. We will not wait for politics, we are now already starting to anticipate the future. We believe that by doing so, we are not only doing something good for the climate and the environment, but also enhancing the company’s long-term opportunity for succeeding in rapidly changing markets. 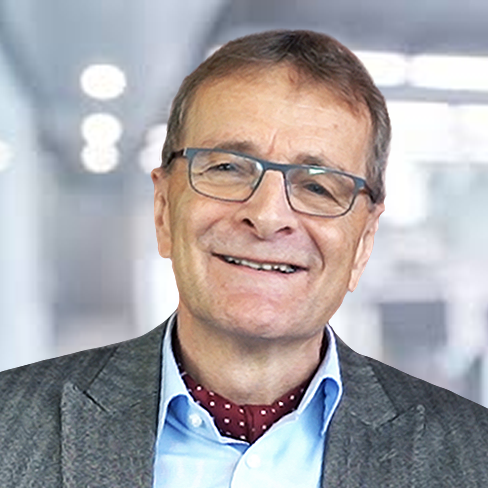 Written by Hans-Jörg Bertschi, Executive Chairman of the Bertschi Board of Directors