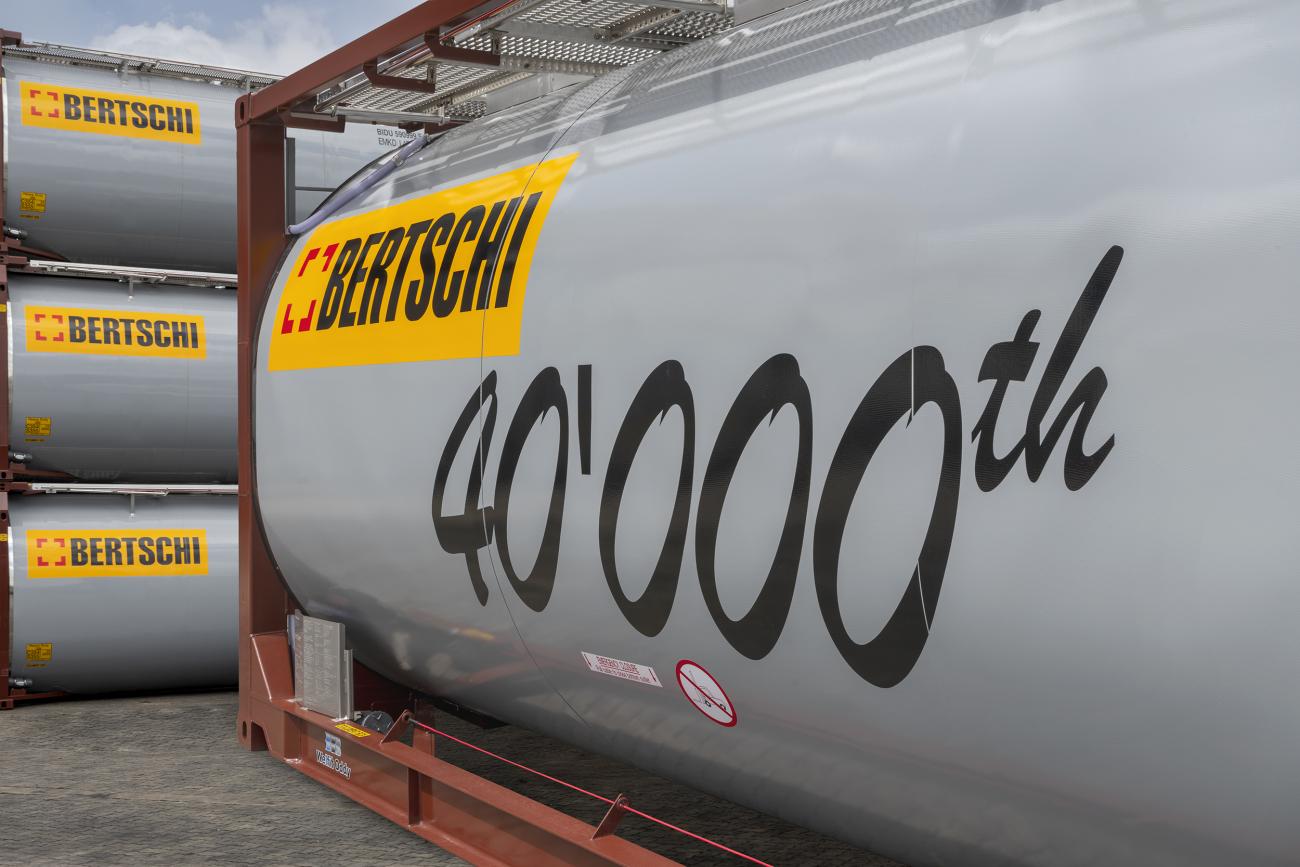 The container given this honor is a 20ft ISO tank container for global overseas traffic, now decked with a gleaming “40,000th” label, making it recognizable from any knowing spectator worldwide. The number of containers used for global liquid transports, such as this one, has significantly expanded over the years, contributing greatly to the total size of the Bertschi container fleet. The growth of Bertschi’s Global business has been strong since its fruition in 2012, exactly 10 years ago, when the Group established the Bertschi deepsea ISOtank transportation business with Business Unit Global. 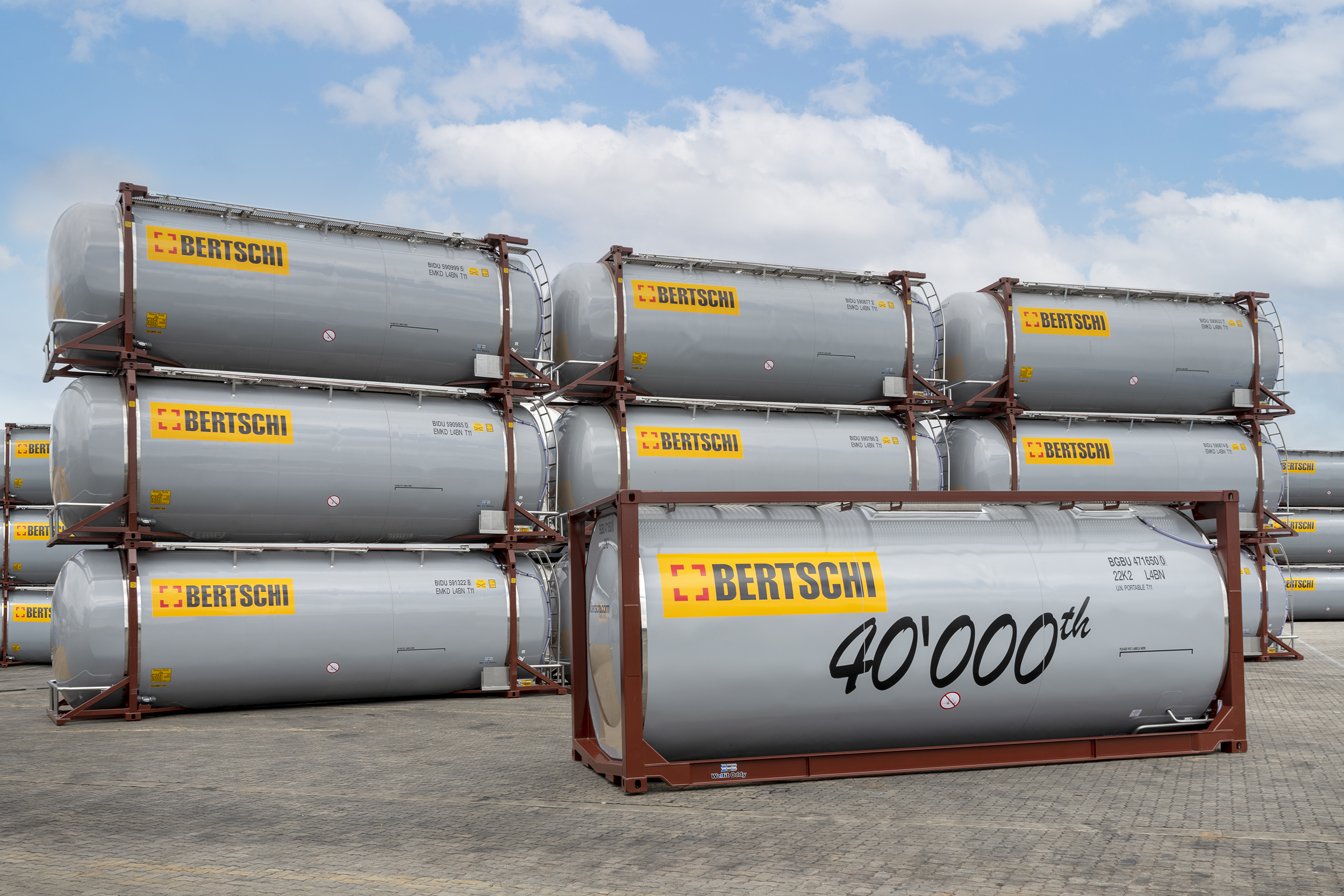 Containerization is a relatively new innovation by American entrepreneur Malcolm McLean when he built the first container ship in 1957. Rather than transporting goods via pallets loaded one-by-one onto trucks and then carried individually onto ships, containers could reduce time and costs, and increase efficiency. In 1966, the first container vessel from the US arrived in a European Port, Bremerhaven. This was when the Bertschi founders Hans and Rolf Bertschi envisioned the containerization of chemical land transportation across Europe.

In 1970, the very first containers in Switzerland were ordered by Bertschi for the dry-bulk sector, followed by tank containers for the transport of liquid goods in 1971. At the time, there was no infrastructure in place that allowed for handling containers between rail and road in Switzerland. Bertschi then built their first railway terminal in Wohlen, Canton Aargau. In 1972, the first intermodal terminal for containers opened in Central Switzerland, another pioneering activity by Bertschi. Since then, the container has become a success story for the company, and Bertschi has been able to steadily increase its fleet over the past 50 years.